Take a look around the ice at Shawano’s Crawford Center on Saturday and here is what you would see: Goalies Inc. owner Jim Stanaway barking out instructions to his campers, all the while mixing in a smile or two and giving encouraging taps on the leg pads; shooter Drew Gullickson working hard to make the goalies work harder; and the highly-animated Justin DeMaa, teaching and laughing, the smile never leaving his face, truly enjoying working out goalies in the sport he loves.

Stanaway’s Goalies Inc. is finishing its fifth year of working with goalies in east central Wisconsin, concluding with this weekend’s camp in Shawano. This summer, Stanaway worked with 20 goalies in June at Oshkosh, 22 netminders in August at the same locale, and 19 this weekend in Shawano.

All this started back in 2007 with private lessons for nine or ten goalies at Stanaway’s former business, Green Bay Hockey Plus, where he had synthetic ice in the back of the store. Parents and their goalies were wanting more, so Stanaway began on-ice group training and a phenomenom was born.

After one camp in the initial year, Stanaway added a second camp in 2008 along with two or three more goalies. Word of mouth advertising has led to this year’s trio of camps and has allowed Stanaway to expand next year’s schedule, as the Marquette, MI native is planning on holding six camps, branching out to Marquette, Milwaukee, and Rochester, MN.

“(This summer) has been real special,” noted Stanaway.

Stanaway played at Finlandia University in Michigan for two plus years before moving onto coaching, where he worked on the bench with the Green Bay Junior Gamblers before working as an assistant coach for Ashwaubenon’s squad in its first WIAA season.

In addition to leading his own business, Stanaway works as a lead goalie instructor with Branham Hockey Camps, which does a lot of work in northern and east central Wisconsin, along with working with the Nick Toneys’ Performance Hockey Schools. To keep up with the playing end of his profession, he performs netminding duties for the Fox Cities Ice Dogs, a member of the Great Lakes Hockey League.

Stanaway sees challenges in teaching both the younger goalies and the older netminders.

“If a goalie is a good skater, he (or she) picks up the movements much better,” said Stanaway. “There are sixteen-year-olds who can stop the puck and it doesn’t really look pretty and the feet movement isn’t there, so when the game gets faster, they get left in the dust.

“A goalie has to be a solid skater and do more than just put a chest on the puck.”

The main thing Stanaway does is fundamental building.

“I try to take what the kid does well and build off it,” he notes. “I try to give a kid ideas and try to make it comfortable to make it his (or her) own style.”

What does it take for the camp to be considered a success?

“I want the kids to have fun,” Stanaway states without hesitation. “So many parents push their kids to be better hockey players and that takes the fun out of it. We push hard, we work them hard, but we make sure we get a group of instructors that can make it fun (for the kids).”

Hockey camps have a tendency to be kind of pricy, something that was noticed by Stanaway.

“I really wanted to make a camp that was professional and that kids could enjoy, but not be so hard on the wallet,” stated Stanaway. “Our price of $200-$250 cuts the price in half, but we go over the same material and work them just as hard. We have a group of instructors that want to be here and want to have fun and want to see the kids succeed.”

And if someone has problems affording the camp fee?

“We have people that have donated money to our school so that kids that can’t afford to come are able to. We give them discounts based on financial need, which is something that no one else does,” notes Stanaway.

“We make money doing this, but that’s not what it is all about,” says Stanaway. “We make sure the players and families have good experiences and make sure that we bring positive role models to make the camp successful.”

Goalies Inc. has also began matching donations dollar for dollar to help benefit local charities or any folks in need that are brought to the attention of Stanaway. 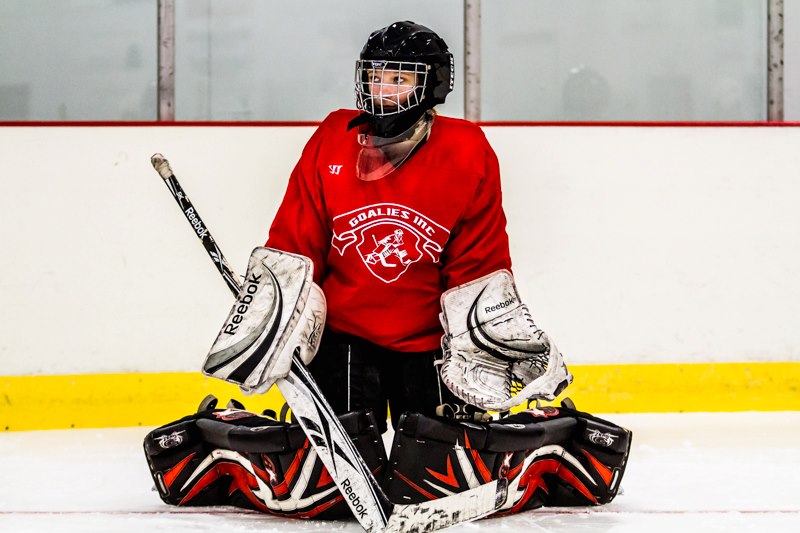 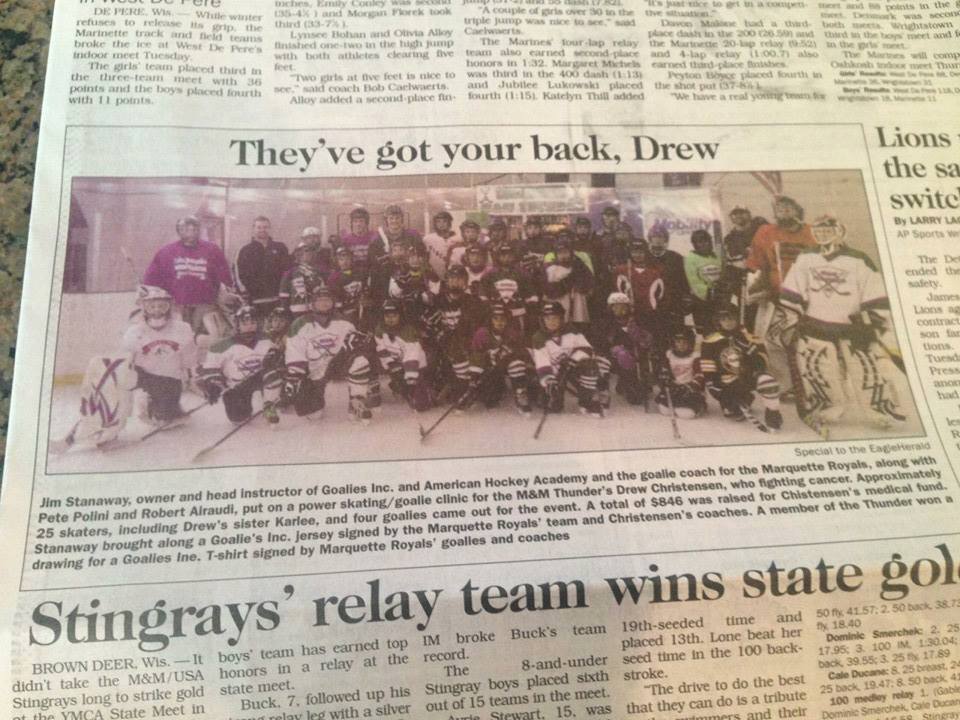 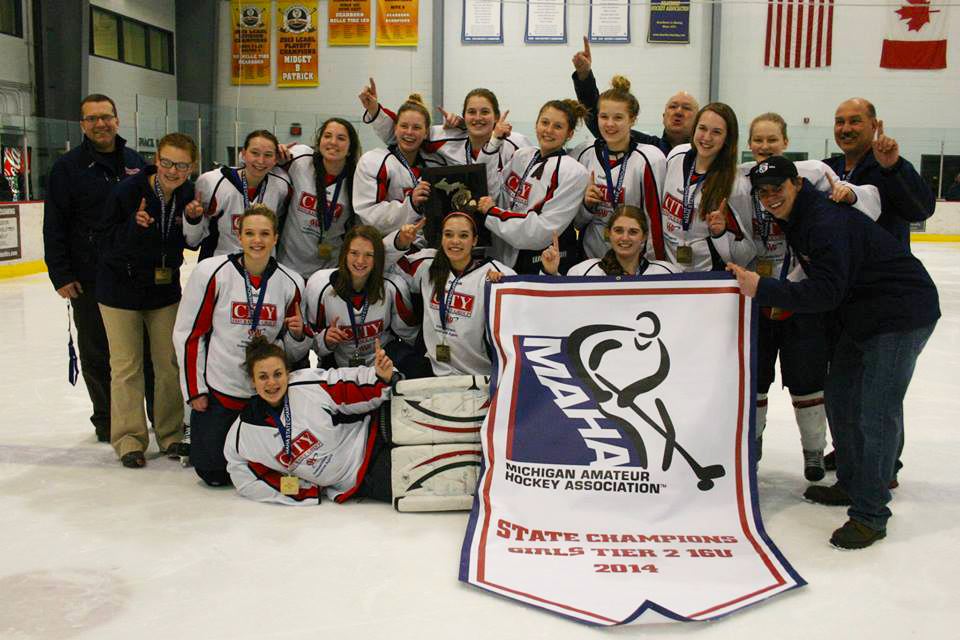 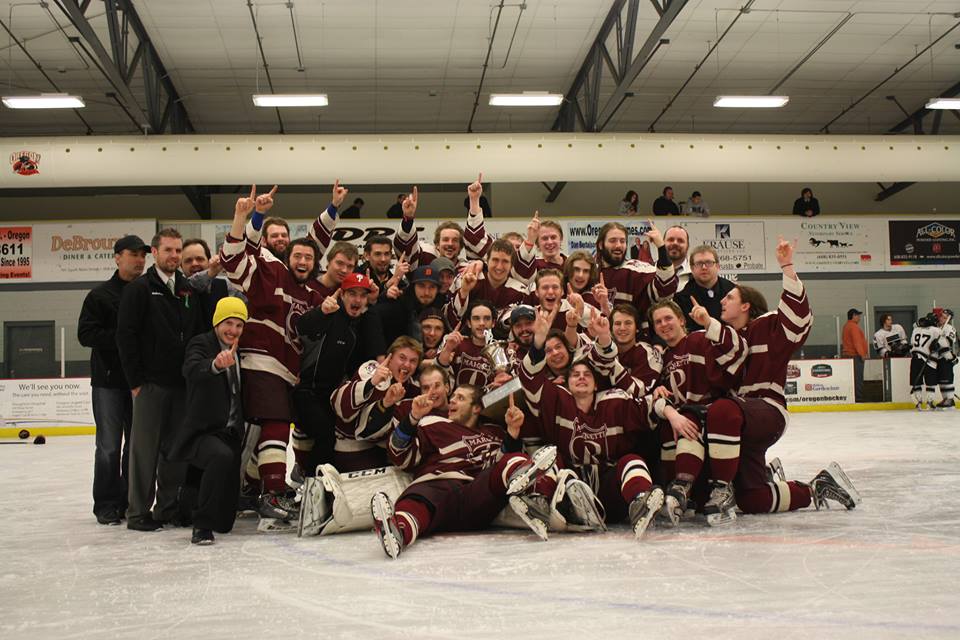 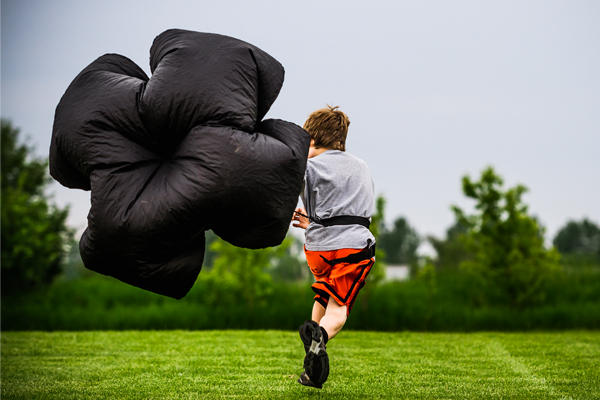 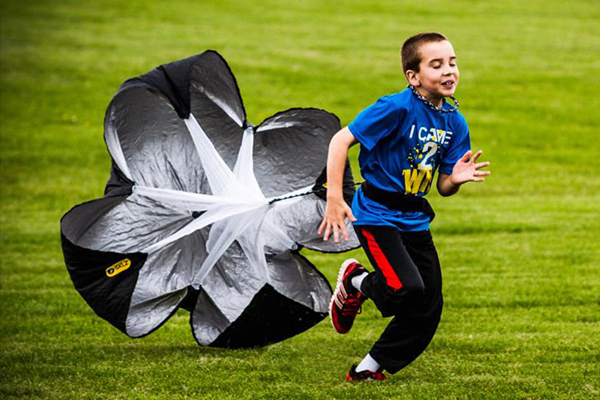 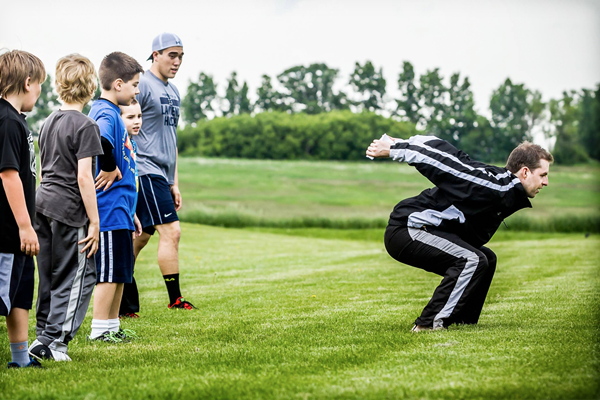 Goalies Inc. offers Dry-Land training as part of our off-ice program. This insures that the players are getting the most out of their body. We're helping to build strong core power combined with speed and agility. Strength and conditioning training helps to build and to maintain the power, quickness, flexibility, and endurance necessary to be a high level goaltender. Goalies Inc has designed workouts that will without a doubt advance your game. Its our goal to build athletes that are quick, explosive, agile, and strong. Workouts are designed to increase speed in your lateral mobility and fast twitch muscle fibers for quicker reaction! Train with us today and reap the benefits of tomorrow 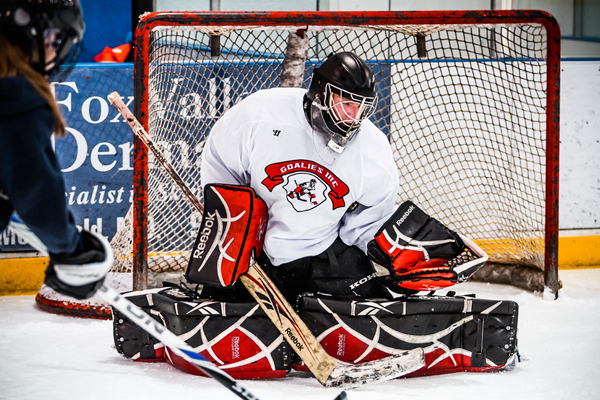 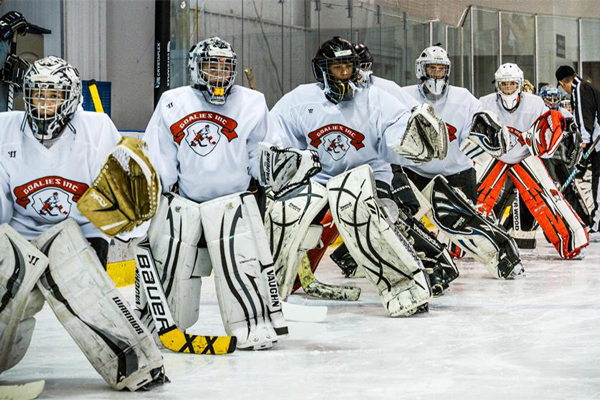